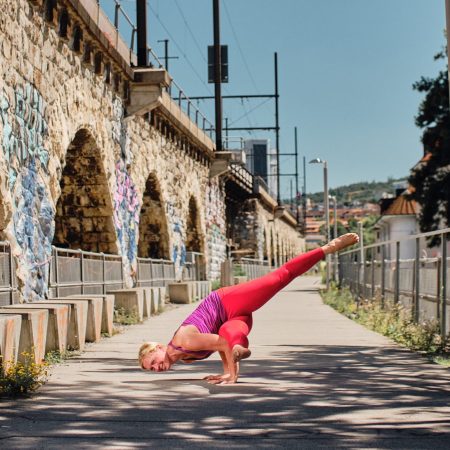 As a hardcore runner, I was dragged to my first hatha yoga class by my insistent father circa 1999. It wasn’t until I began my Bikram Yoga practice five years later that my devotion to yoga began to unfold. Daily practice soon became my path to physical, emotional, and mental transformation. Since then I have never looked back!

After nine years of rigorous practice, it became imperative for me to share something of what I had gained through my own practice with others. The Spring 2014 Bikram training in Los Angeles was the first of many yoga trainings to follow. Forever a student, I have been certified in various subdisciplines including: Bikram and Barkan hot yoga, hatha, vinyasa and Rocket ashtanga.

I feel it as my great privilege to share what I have learned with my students. I have a special fondness for kindling the desire to practice in the hearts of students who – like myself in the beginning – avow that yoga is just not for them!